Finding Comics in Print and Online

Single Issue Comic Books (i.e. floppy comics) can be identified in the SDSU Comics Hub. These are located inside of Special Collections and must be used on-site.

Comics contained in our Zines and Mini Comics Collection can be identified in the Finding Aid (inventory list) for this collection. These comics are located inside of Special Collections and must be used on-site.

Library of Congress Subject Headings related to comics (this is not an exhaustive list): 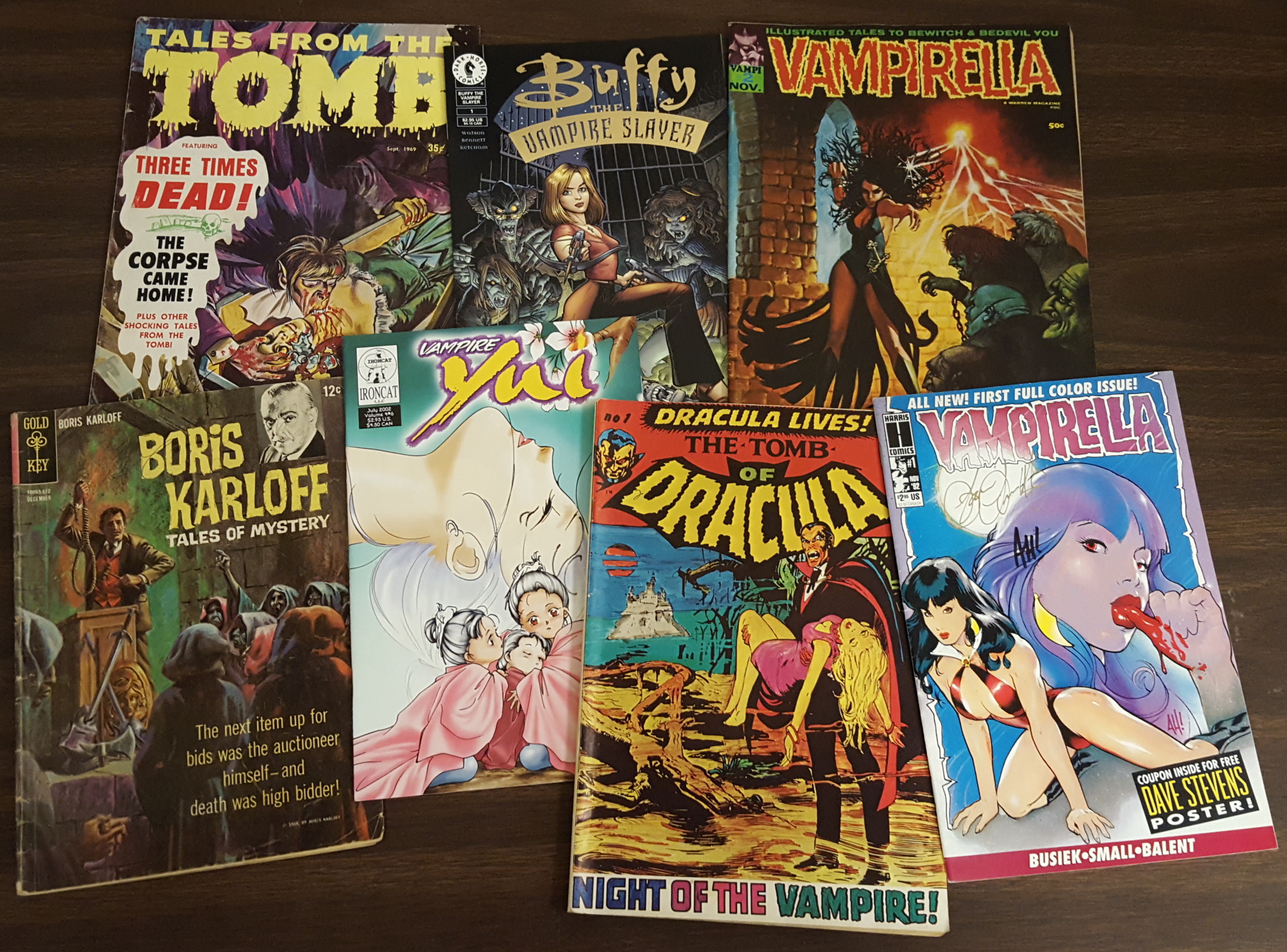 Dr. J. Gordon Melton is a Distinguished Professor of American Religious History at Baylor University’s Institute for Studies in Religion in Waco, Texas. In 1968 he founded the Institute for the Study of American Religion. Dr. Melton is a pioneering scholar in the field of New Religious Studies and helped to create the sub-discipline. An advocate of religious freedom, Melton’s research often focuses on new and alternative religions, Western Esotericism (more commonly known as occultism), parapsychology, New Age, and Dracula and vampire studies, for which he explores the historical, literary, mythological, biographical, and popular aspects of vampirism.

Melton amassed what is believed to be the largest collection of books in English, both fiction and nonfiction, related to vampires in the world. The major competing collection has since been auctioned off in pieces. Melton is in the process of gifting his entire collection to SDSU in a multi-year donation. To date, we have acquired his vast collection of vampire comics, which includes more than 10,000 issues of twentieth-century English-language titles (including Canadian, Australian, and British titles) primarily covering the years 1960 through 1999. The collection includes complete publication runs of titles from some of the longest-running vampire-oriented English language comics, such as the original Vampirella series, the original Tomb of Dracula series, and Buffy the Vampire Slayer, which also includes a number of French language editions. A regular attendee at San Diego Comic-Con for over two decades, Melton systematically attempted to get the comics signed by writers and artists. Many of the Tomb of Dracula comics are, for example, signed by the now deceased artist Gene Colan and by writer Marv Wolfman. Some of the Vampirella issues are also signed by the models who posed as Vampirella.

In addition to the near-complete collection of English language vampire-related comics, Melton’s collection includes titles in Italian, French, Spanish, German, Swedish and also English language translations of Japanese manga. Highlights in the foreign language collection include an autographed Italian edition of Dracula drawn by the late artist Crepex and one of the very few complete collections of the longest running vampire-oriented comic book ever issued, entitled Jacula, an Italian comic or fumetti.

Find these comics in our floppy comics collection and in our Library Catalog.

Edward Gorey’s Personal Library is part of the Special Collections at San Diego State University Library. Gorey collected illustrated wit, humor, nonsense, and comics produced from the 1700s up until his death in 2000. These books’ influence appear in his work.

To search this special collection for comic art is easy. Simply go to the library’s catalog at libpac.sdsu.edu and do a word search for Edward Gorey Personal Library. Next, modify your search by adding any or all of the following words: comic, nonsense, strip, humor. The search string would be: (Edward Gorey Personal Library) and (comic or nonsense or humor or strip). Or try other words of interest to modify your search and see what is in the library.

Since newly-cataloged titles are always being added to the collection, you can use the link in this guide's title to generate a real-time list of results using the search string described above. If you need further assistance, please contact: Linda Salem, Librarian for the Edward Gorey Personal Library.

Golden Age of Anime: This large collection is currently being cataloged and will be available soon.
For SDSU multimedia holdings, search our Media collection.