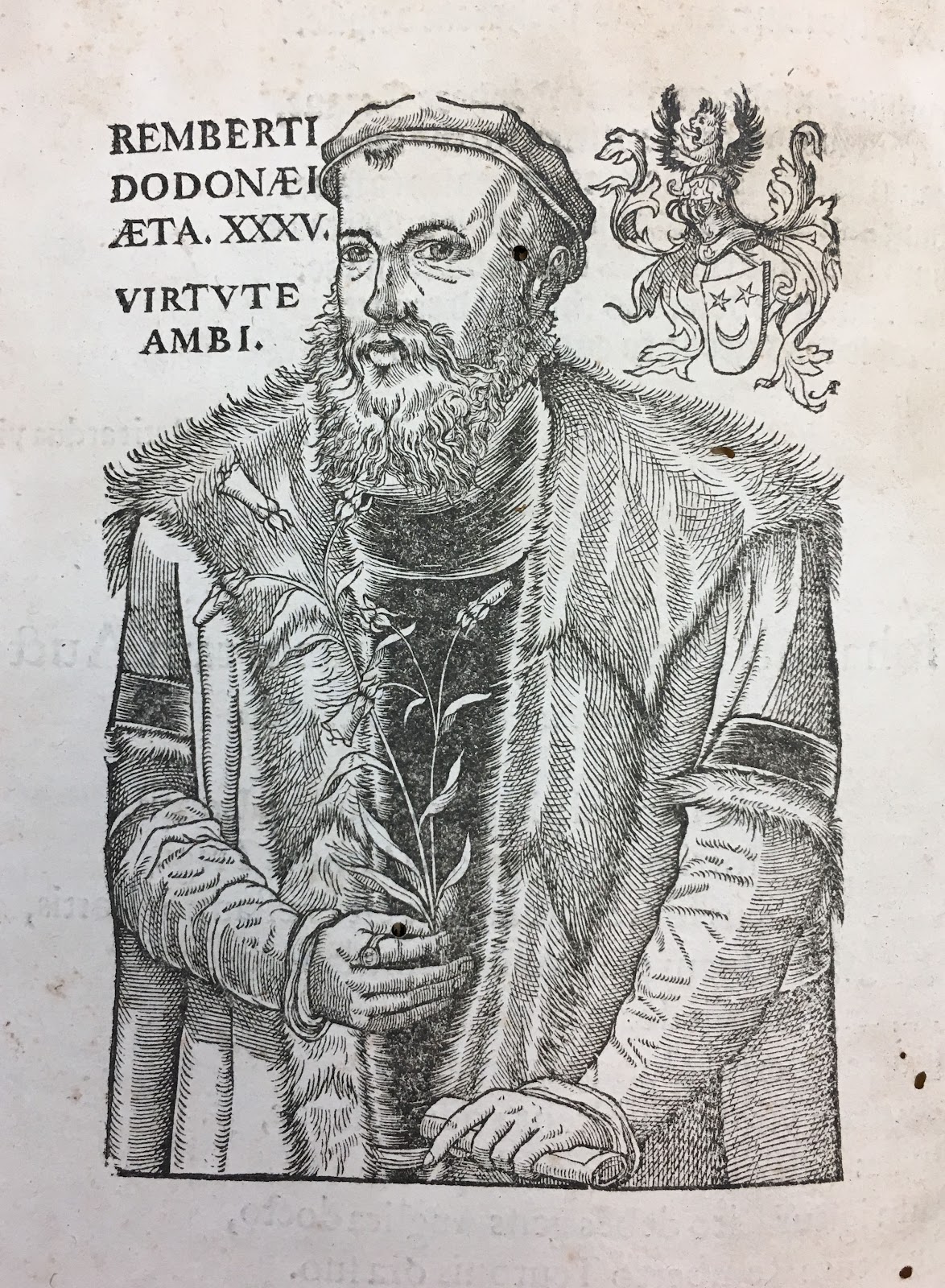 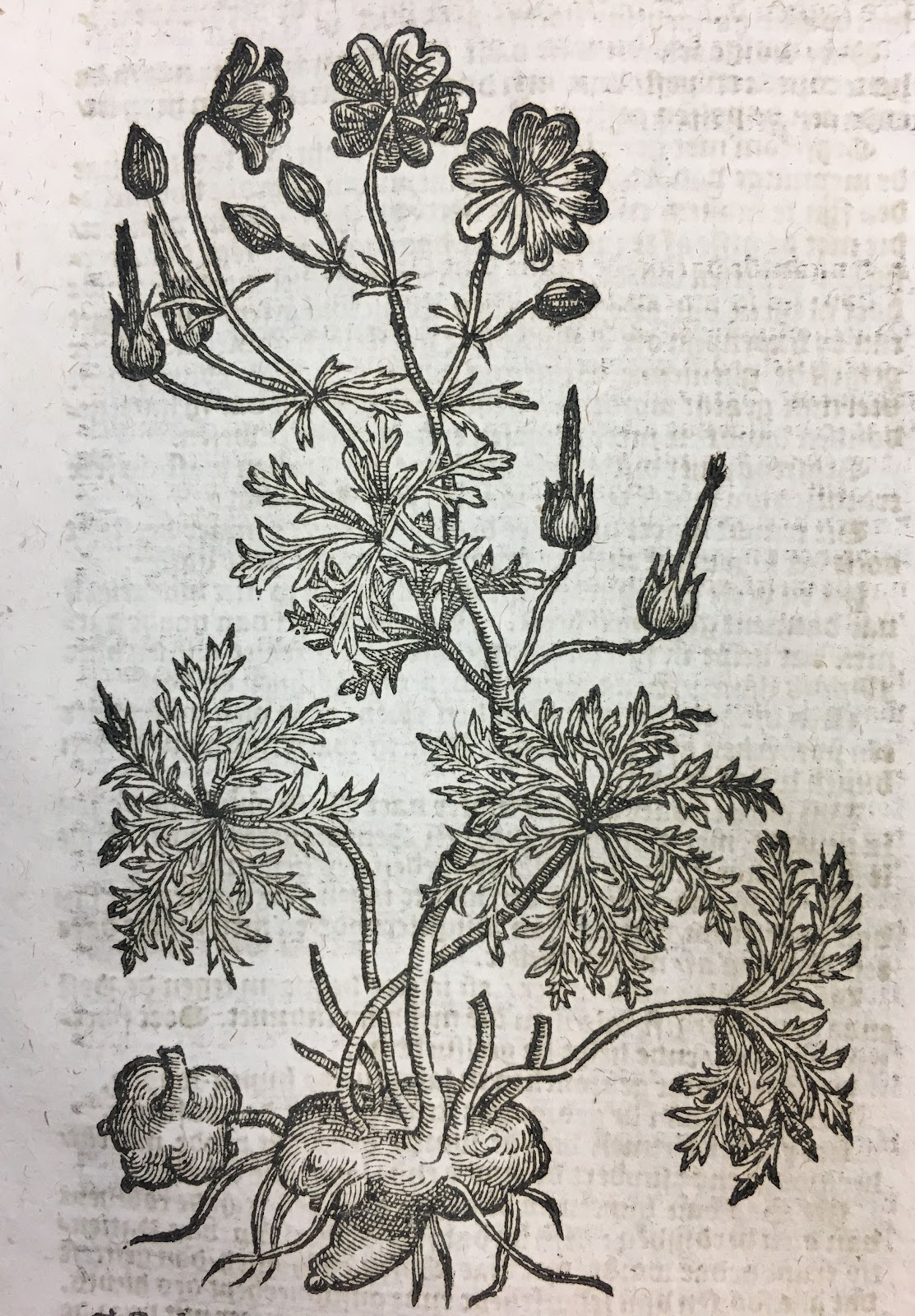 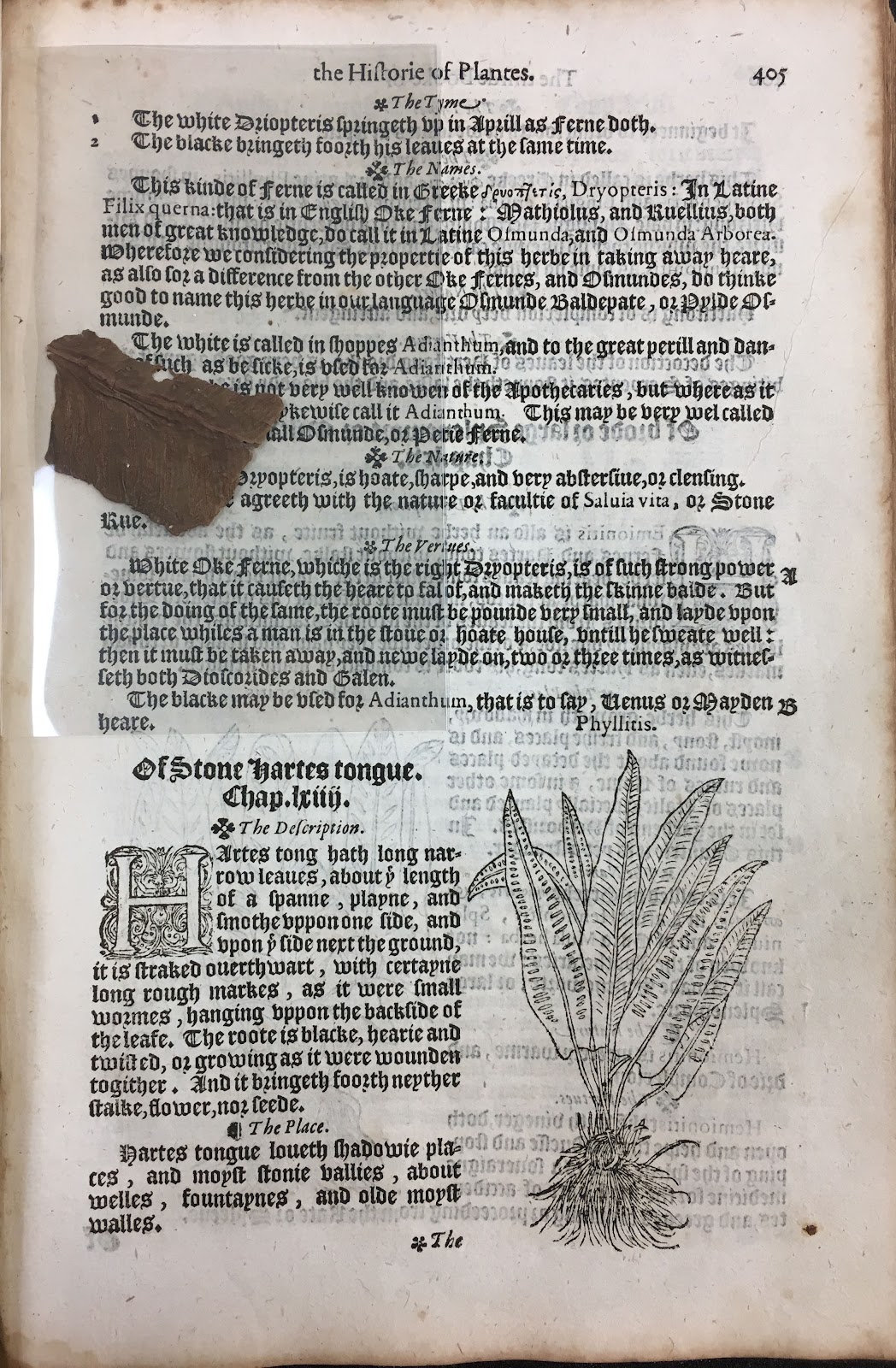 Herbals are books that describe various types of plants and their uses. Some include recipes for tinctures, poultices, and ointments and teas for healing. And while these published works were intended only for educated men, folk healers also practiced the art of herbal healing. For folk healers, also known as cunning folk - herbal recipes were accompanied by incantations and spells as well as rituals for the gathering and preparing of plants, which made them easy targets in witch hunts. Shown here is Dodoen’s famous work was the second most translated book after the Bible. Our copy is especially neat because it contains pressed flower specimens that correspond to their pages in the book. The majority of SCUA’s herbals were donated by Amy Josephine Wormser in the 1980s.

Greek physician and surgeon after Dioscorides; influential to pharmacology

Ancient Greek physician, botanist, pharmacologist; his De Materia Medica on herbal medicine was extremely influential up through the Medieval period

Greek physician (BC) predates Dioscorides, father of Western Medicine; medicine its own field separate from theurgy and philosophy; disease was natural, not something from the gods

surgeon, alchemist, and botanist; how to distill plants for simples; some based on folk medicine prescriptions as well as ancient knowledge; distillation, plants, medical images

Seminal work; notable for detailed illustrations - set new standard for accuracy and quality; one of the first to include plants from the Americas; Fuchs was a doctor - influenced by Greek and Roman tradition; took students in field to study herbs and medicinal uses; contains 500 plants; first published in 1542 in Latin

Flemish doctor, influenced by Fuchs; physician to the Austrian emperor; his Cruyd-boeck was the most translated book after the Bible at the time (published 1554); we actually have another of his works as well; so again, herbal medicine was extremely popular

German botanist, physician, and Lutheran minister who began the transition from medieval botany to the modern scientific worldview by arranging plants by their relation or resemblance - departure from Dioscorides; later edition with hand-painted illustrations. First edition didn’t have images.

Italian physician to Holy Roman Emperor; Discorsi first published in 1544 based on Dioscorides’ Materia Medica with 100 other plants; not exclusively medical